Declared a site of cultural interest

Valencia is linked to the Mediterranean Sea. The old maritime towns, now neighborhoods, are an example of this. That is why they are declared a Site of Cultural Interest and it is no wonder, they have their own idiosyncrasy that makes them special.

A guided tour of the València Mare Nostrum is an ideal way to get to know them And if we also add other senses such as taste through gastronomy, it is already a special cocktail to enjoy a great day. 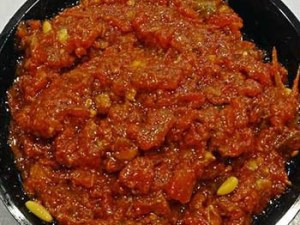 The Maritime Villages have a rich gastronomy where the “esgarraet” is found, which in its original version has torn cod (esgarraet in Valencian and hence the name of the dish), mixed with roasted and peeled peppers , a little garlic and olive oil .

The Titaina , one of the hallmarks here, also stands out. The hard work of the sea required dishes that were simple to prepare, but that at the same time lasted several days and provided energy. It is a stir-fry of ripe tomatoes , red and green peppers, tonyina de sorra (flank tuna), garlic, olive oil, a pinch of salt and sugar together to a handful of pine nuts .

The perfect aperitif: tapa + vermouth . This drink has its origin in ancient Greece with the hand of the doctor Hippocrates who macerated and flavored wine with absinthe, a plant with multiple digestive and healing properties and from which the liquor that bears the same name is extracted. In fact, the word Vermouth means absinthe or wormwood in German.

One of the best known brands is Vittore from 1904 , from Valencia and made by the centennial Cherubino Valsangiacomo winery . Its name honors its founder and is considered the oldest in Valencia. The last headquarters of the company was in the Grao de Valencia until 1997.

Vermouth time, a moment of relaxation and disconnection from the hustle and bustle of the day to snack on something with a glass of vermouth and a good conversation.

If you want to try tapas like these and also accompanied by vermouth (or another drink) we have the ideal route for you:

The seafood tapa route , whose information can be found in this PDF:

Collaborating with La Finestra a la Mar , a company that promotes Maritime Villages and the support of Turisme Comunitat Valenciana , we are going to do this route until the end of 2021 .

This is a guided tour of the area combined with a gastronomic tasting , and also as a gift a inclusive map illustrated by hand and in Braille .

It can also be done on bicycle, handbike and scooter .

Visit carried out with an official guide and accessible to all people.

An opportunity to enjoy the Maritime Villages in a different way. It will surely leave you with a good taste in your mouth .

One thought on “Route of the Tapa Marinera”

WE WILL EXPLORE THE VALENCIAN COMMUNITY FROM NORTH TO SOUTH, WITH A GREAT VARIETY OF DESTINATIONS THAT WILL NOT LEAVE ANYONE INDIFFERENT.

GASTRONOMY, CRAFTSMANSHIP AND NATURE (WITH EXPERIENCE WORKSHOPS). EXPERIENCES FOR ALL PEOPLE.

CUSTOMIZED SERVICES, GASTRONOMY AND TRANSPORTATION. EVERYTHING TO BE A UNIQUE AND UNFORGETTABLE EXPERIENCE.